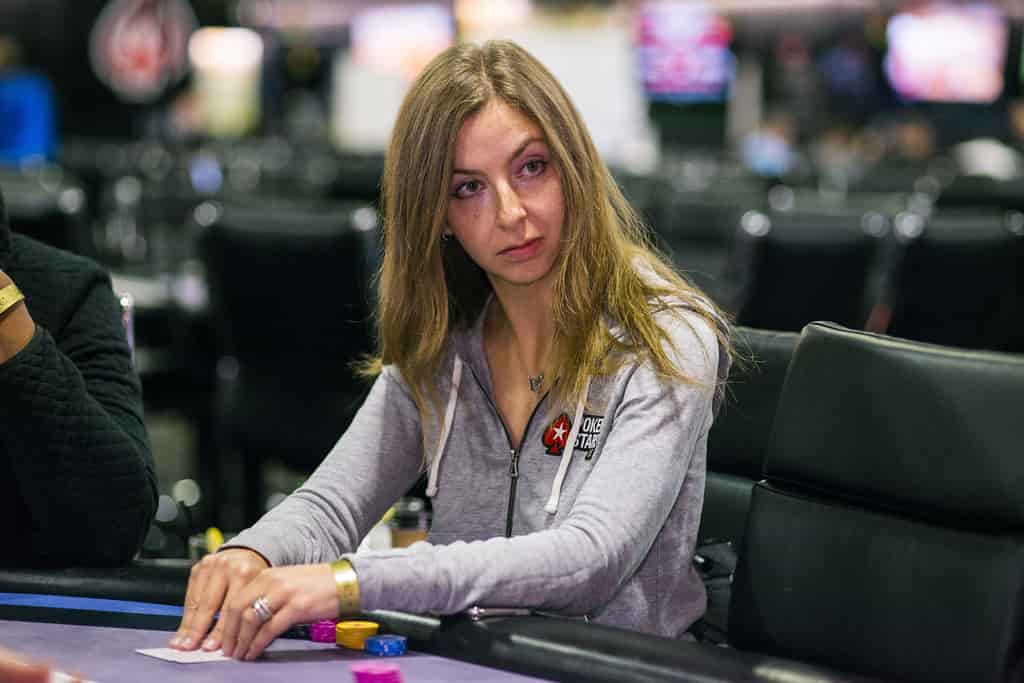 Maria Konnikova is a renowned writer with a background in psychology who has been making waves in the gambling circles owing to her prowess in poker. She holds a BA in psychology and creative writing, from Harvard University as well as a doctorate in psychology from Columbia University.
During her career, she has worked as a TV producer and written for many publications as well as authored two New York Times bestsellers. Her books focus on psychology and how it applies to everyday situations. She has gone on to talk about how social cues have greatly aided her when playing poker as she has the upper hand over her competitors in the games. It is no wonder that she is taking huge wins home.

Maria was born in Moscow in 1984 to Jewish parents. Her family later migrated to the United States when the Soviet Union made it possible for Jews to move to Israel. Her parents seized the opportunity, opting to relocate to Massachusetts, where they raised Maria. At the time, her parents were affected by what they had experienced under the Soviet Union, and they chose not to have a TV.

Maria describes her school days as times that shaped her into the woman that she is today. For one, her mother was a single parent at some point in her life, and she did not have the means to provide her with what other children had.
Maria remembers going to school with second-hand clothes, but the thing that stuck with her was the value that her mother and stepfather strived to instil in her. They nurtured her to appreciate experiences more than money, and in so doing, she was able to go through the various phases of her education, feeling content with what she had.
She started high school in Massachusetts and later joined Harvard University where she graduated magna cum laude with an AB in psychology and creative writing. She then pursued doctoral studies at Columbia University in the field of psychology.
She chose this institution as she had an interest in working with Walter Mischel as she delved deeper into the effects of emotional states on decision-making and self-control. She specialized in situations of risk and uncertainty, such as those that are characteristic of poker games.
During her research, she looked into the behaviour of people when faced by stressful conditions and how people made decisions when alone and in groups and what affected the outcomes.

After getting her undergrad degree, she set out to work in production as she wrote pieces for various columns. She later published a book known as Mastermind: How to Think Like Sherlock Holmes which did so well and is available in 17 languages. She attributed the book to the times where her father would read out Arthur Conan Doyle’s stories to her, which she says changed her life.

Her second book known as The Confidence Game also did well, appearing in the New York Times bestseller list.

Maria did not start by playing poker, but rather, she attended the events to watch players make their moves as part of her research for a book. In so doing, she was able to pick up some skills which she used in her plays. She started with small tournaments which required buy-ins of about twenty to forty dollars before moving on to competitions that set her back thousands of dollars.
She was so successful in the game that she put her writing career on hold and ventured into playing poker full time, even scoring a position in the Poker League of Nations as an ambassador. Her first major competition was in Monte Carlo where she ranked 42nd out of the 582 players in the event. She describes the experience as that of justification as she had studied for the game and could now see the results of her hard work.
Her success in 2017 drove her to take up more poker tournaments with even higher stakes, as she delayed the work on her book, earning more than $200,000 at the table. However, Maria insists that she will not give up writing as she loves it as much as she loves being on the tables. Interestingly, she had no background in poker and had no interest in gambling when she first embarked on this highly rewarding journey.